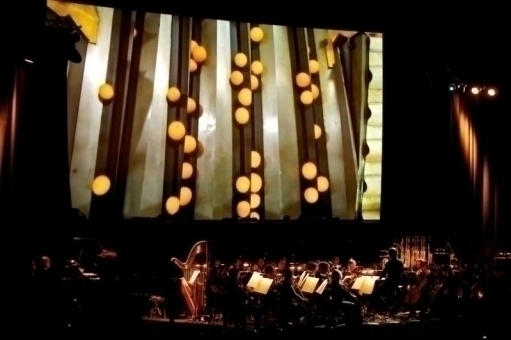 Shortly before the second edition of the competition, we invite you to watch films that were awarded prizes last year.

“Participation, and especially winning, gave me self-confidence and motivation to work with a moving image” – said first prize winner (20 thousand Polish zlotys), a student of graphics at the Academy of Art in Estonia and games designer, Aap Kaur Suvi, commenting his achievement.

His visualisation entitled „Citrus concerto” to the composition by Henryk Mikołaj Górecki “Concert for the piano and string orchestra” opus forty, delighted the jury of the first edition of Screen & Sound Festival - Let's see the music.


Third prize winner, Marek Skrzecz, earns his living by editing of documentaries. The jury appreciated his film “Daleko do nieba” (Far to heaven) to the musical piece „Suite l'antique: Aria” by Stefan Bolesław Poradowski. Why this piece? “(…) it seemed the most interesting due to a large dose of emotions and melancholy which perfectly highlighted the stories in my film. The film material spent some time in my drawer, but it is only with this music that it gained its full value – said third prize winner.


Second prize (10 thousand Polish zlotys) was awarded to Piotr Słodkowicz for the film „Cykle” (Cycles) to the musical piece „Orawa” by Wojciech Kilar.


A distinction went to Natalia Oliwiak for her film “Fantasy” to the musical piece by Janusz Bielecki „Zaspokojenie” (Satisfaction).


Details of the competition will be available soon at www.screenandsound.pl We encourage you to watch the films that won in last year’s edition of Screen & Sound Fest. - Let's See The Music!
« back