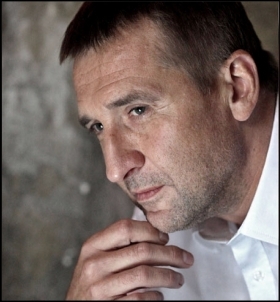 The composer's works are included in the repertoires of well known artist and programs of prestigious concert halls (for example the Palau de la Música Catalana in Barcelona, Großer Saal Musikverein in Vienna, Sydney Opera House in Sydney, as well as the largest Polish concert halls). Janusz Bielecki over the course of just a few years became one of Poland's leading artists. In his compositions it is possible to find inspirations coming from works by F. Chopin, R. Schumann, or B. Bartok. However, they constitute a contemporary record of the richness of human emotions and experiences. In them it is possible to clearly hear the remarkable composing sensitivity concerning the multi-color world of feelings, which undoubtedly connects them with the musical works of the romanticism era.

Apart from composing, Janusz Bielecki promotes young and talented artists, as well as inspires original artistic projects. He founded the Bielecki Art Foundation, www.bieleckiart.pl, which supports the musically gifted youth. He is also the initiator of the international competition and festival Screen & Sound Fest. – Let’s see the music, www.screenandsound.pl.

More about the artist:
www.januszbielecki.pl

In 1995 he began studying Picture Realisation at the Faculty of Radio and Television, University of Silesia, which he graduated in 2001. In 2014 he defended his doctoral degree with a thesis titled "Obsession with death in images of my documentaries" and today he is a lecturer at this university. In December 2016 the Faculty of Direction of Photography granted Marcin Koszałka with the title of doktor habilitowany. He is the author of cinematography for many significant works of contemporary Polish cinema and a member of the Polish and European Film Academy. He is also a director of documentaries and feature films, for which he writes scripts and is involved in the editing process. His films have a unique style and often touch on issues close to him. His cinematography in films of his colleagues is characterized by maturity and elegance in handling shots, as well as an artistic care for the details. It is no coincidence that most prominent authors of Polish cinema want to collaborate with him.

Director and screenwriter. A graduate of Organization of Production and Directing at the Krzysztof Kieślowski Faculty of Radio and Television in Katowice. A member of the Polish Filmmakers Association.

The creator of such short films as: "Fusy" (Grand Prix Etiuda & Anima 2017), "Szczękościsk" (Main Award during the Konkurs Młodego Kina competition at the Festiwal Filmów Fabularnych in Gdynia 2016), "Larp" (awarded for example during festivals in Barcelona, Saint Petersburg, Brno, and Brest), or "Muka!" (for example "Debut Award" during the Ann Arbor festival, and the "Etiuda & Anima" audience award).

Director of advertising spots (for example Allegro, Makita, 3M, Less Mess, or Movember) and music video clips (nominated for the Yach award in the debut category for his clip to the "Monkey Monkey" song by Slutocasters).

The finalist of the Talenty Trójki 2016 competition in the "Film" category. 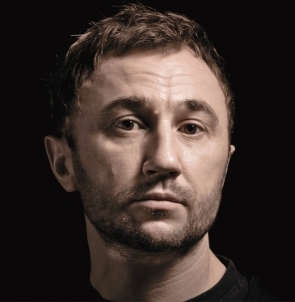 Born in 1972 in Kraków, director of animated films.
He manages the Animated Film Studio at the Academy of Fine Arts in Kraków.

He handles original animated films, painting, and photography. In animated films he takes advantage of the language of associations and visual creation. Robert Sowa is also the author of multimedia projects combining for example animation and contemporary music. He also worked on producing many feature films and documents.

He is a lecturer at the Institute of Audiovisual Arts at the Jagiellonian University. He carries out classes, workshops, and the execution of projects at foreign universities, for example at the Center for Digital Arts and Experimental Media (DXARTS) University of Washington, Seattle, USA. Robert Sowa is an expert at the Polish Film Institute and the curator of the Kraków Film Festival animation competition.